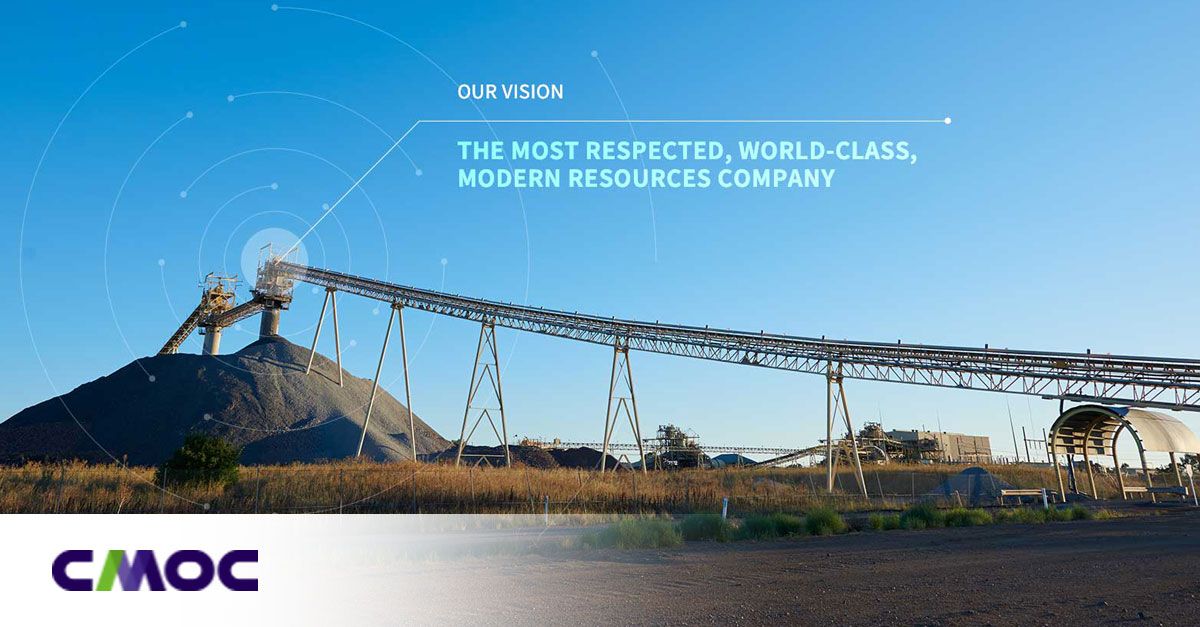 London/Hong Kong, 22 April 2021. China Molybdenum Co., Ltd (CMOC) – the second largest cobalt producer and the largest tungsten producer in the world – and its Geneva-based trading arm, IXM, have announced that they will join Better Mining as supporters. They join a growing list of businesses who have publicly committed to support the ground-breaking mineral agnostic assurance and impact program focussed on artisanal and small-scale mining (ASM).

An industry wide program, it is active across 27 cobalt, copper and 3TG ASM mine sites, with replicability to mica and other ASM mined materials worldwide. Better Mining monitors and supports the improvement of conditions on and around ASM sites through its world-first data platform.

The demonstrable and continuous improvement the program generates in an otherwise challenging sector has resulted in a growing list of global corporations at all tiers of the global raw material value chain supporting Better Mining, including several major global ICT and auto brands like Volvo Cars and Intel.

The program is expanding at pace in collaboration with the Responsible Minerals Initiative (RMI), the over 400 companies’ strong organisation addressing responsible mineral sourcing issues in various industries’ global supply chains.

As an official Better Mining supporter, CMOC will have access to Better Mining’s world-first technology enabled ASM data streams. These deliver product traceability and on-site monitoring data across the ASM sites covered by the program. CMOC will also have the opportunity to quickly scale up its engagement with the program in the future and adopt its use for proactive risk management and impact generation at its industrial mine sites.

“As a key actor in the global mining sector, CMOC is committed to ensuring all mineral production meets the highest standards. As a large industrial miner that maintains strict product control and custody procedures, ASM sits outside of our own cobalt supply chain but we recognize that ASM, and those communities reliant on it, should not be neglected. CMOC is committed to supporting risk mitigation initiatives that actively improve conditions for local communities, including those in and around ASM sites, and Better Mining has proven that it is having a real impact in this space. We are proud to be supporting this work.”
Julie Liang, Director of CMOC’s Sustainability Executive Committee.

“For IXM, joining Better Mining offers an opportunity to identify and monitor risks in the mineral supply chain while supporting an initiative that has a proven impact on conditions in the sector. All sectors of the market have a responsibility to improve conditions in our industry and we look forward to collaborating with the other supporters of Better Mining in scaling the initiative’s footprint further.”
Robert Sidders, Head of Specialty Metals at IXM

“Better Mining is at a hugely exciting time in its expansion and we are delighted to welcome CMOC and IXM to our fast-growing group of supporters. As a major global actor in the metals mining and trading sector, CMOC’s decision to join as a supporter is another significant sign of the growing importance of Better Mining and the momentum behind the program’s expansion.”
Ferdinand Maubrey, Managing Director at RCS Global Group.

CMOC is an international mineral resources company engaged in exploration, mining, processing, refining, marketing, and trading of mineral products. With its main business presence in Asia, Africa, South America, Oceania, and Europe, CMOC is a leading producer of tungsten, molybdenum, cobalt and niobium as well as an important copper producer. As a global mining company which has obtained a first tier MSCI ESG rating, CMOC follows the highest international ESG practices. CMOC is listed on the Shanghai and Hong Kong stock exchanges and currently employs approximately 21,000 personnel and contractors globally.

IXM is one of the world’s largest non-ferrous trading houses and, since 2018, has been a fully owned subsidiary of the CMOC Group. With offices worldwide, IXM originates, transports, and markets 3rd party material as well as CMOC Group’s production which, amongst others, includes the cobalt hydroxide and copper cathode from the Tenke Fungurume Mine in DRC. In addition, IXM trades extensively in other cobalt intermediates and metals, including long term offtakes outside of DRC.